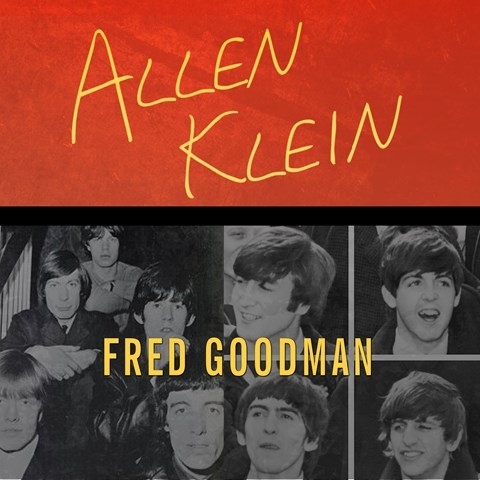 ALLEN KLEIN The Man Who Bailed Out Beatles, Made the Stones, and Transformed Rock & Roll

Onetime manager of both the Beatles and the Rolling Stones, Allen Klein was loathed and feared in the music business, mainly for shaking down crooked record label execs who he felt were exploiting his charges, while of course double-dipping into their expenditures himself. As with most relationships, business or otherwise, it's not quite that simple, however, and Klein, a tireless worker and highly ambitious hustler who was raised in an orphanage, actually comes off as a sympathetic figure. Narrator Mike Chamberlain's nasally voice is difficult to ignore, while simultaneously plain and unimposing. It's an odd choice, considering that the narrative begs for either a rough-hewn Brooklynese more representative of Klein--or an English accent more representative of his clients. J.S.H. © AudioFile 2015, Portland, Maine [Published: OCTOBER 2015]