Home»Reviews»WHAT TO DO WITH A DUKE 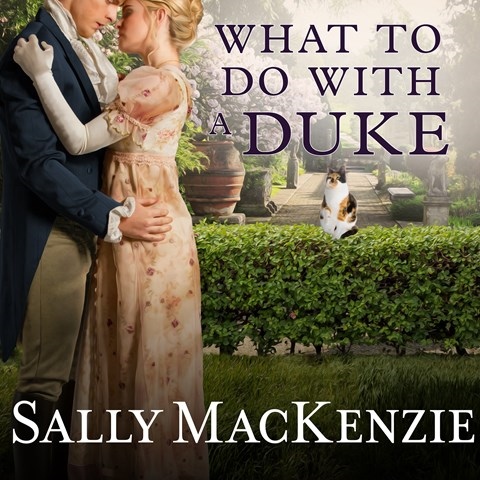 WHAT TO DO WITH A DUKE Spinster House, Book 1

by Sally MacKenzie | Read by Beverley A. Crick

Narrator Beverley A. Crick perfectly balances the delightfully absurd humor and touching emotional connections that make this first Spinster House novel such a delight. She gives magic to the unlikely romance between Marcus, the Duke of Hart--a man under a centuries-old curse that will kill him as soon as he falls in love--and Miss Isabelle Hutting, the bookish young lady who rents the notorious Spinster House on his property. Marcus's cynical humor and Isabelle's headstrong independence translate perfectly, and their thoughts provide a perfect counterpoint to their repartée. Though Crick stumbles over the accents of several secondary characters, the rest of the cast is as lively as the protagonists, making this a treat for listeners. B.E.K. © AudioFile 2016, Portland, Maine [Published: FEBRUARY 2016]