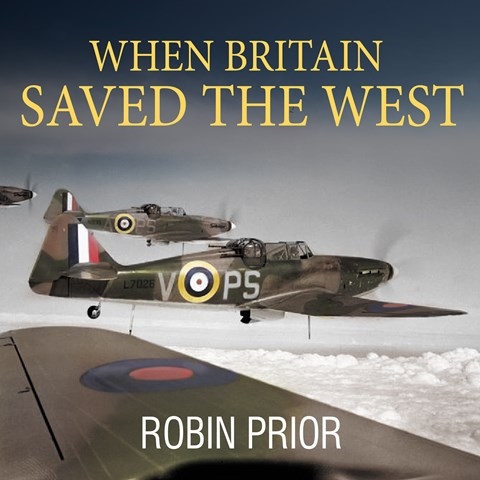 WHEN BRITAIN SAVED THE WEST The Story of 1940

by Robin Prior | Read by Shaun Grindell

Shaun Grindell's narration is the perfect complement to this most British of British histories, enlivening a text that puts scholarly accuracy over narrative verve. Author Robin Prior is no Walter Lord, but he is a diligent and often illuminating historian, and he gives body to a story whose outlines have so often been drawn by romance and legend. Grindell brings pace and purpose to what might otherwise be dry patches in the narrative--detailed summaries of cabinet and parliamentary debates, lists of aircraft models and their totals on either side, and accountings of casualties in various bombed British cities. Better heard than read, this is a must-hear for those who already know, or think they know, the story of Britain in that crucial first year of WWII. D.A.W. © AudioFile 2015, Portland, Maine [Published: AUGUST 2015]