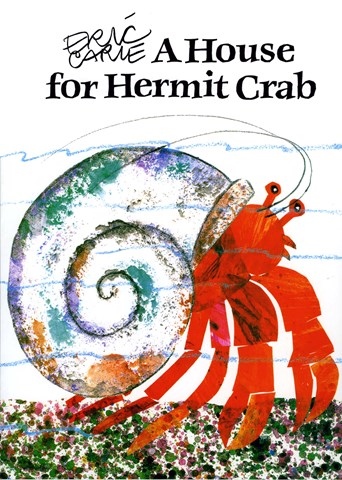 A HOUSE FOR HERMIT CRAB

by Eric Carle | Read by Will Damron

Will Damron is an earnest and quiet narrator--which is just right for Hermit Crab as he sets out along the seafloor in a quest for a newer and larger shell and decorations for his new house. Month by month, Hermit Crab encounters wondrous creatures whom he graciously invites to adorn his new shell. Damron never fails to capture Hermit Crab's admiration for the hard work or sturdiness or appearance of each new animal. Young listeners will delight in imagining the look of Hermit Crab's house at year's end and in Hermit Crab's solution for what to do with his now too small shell. The production includes a foreword that introduces hermit crabs and an afterword that details the various sea beings that Hermit Crab encounters. Gentle background music accompanies the narration. A.R. © AudioFile 2015, Portland, Maine [Published: DECEMBER 2015]