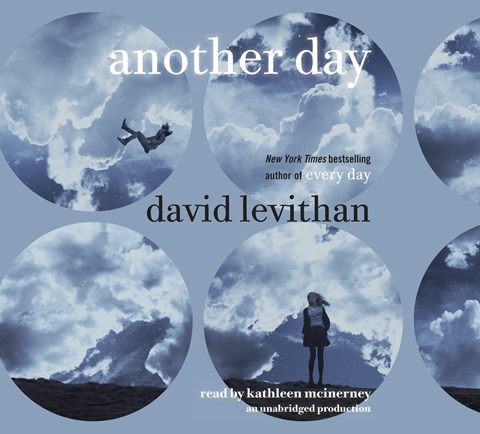 This is the follow-up to Levithan's novel EVERY DAY, in which a male character known only as "A" inhabits a different body each day, but is in love with the same girl, Rhiannon. Here, the story told from Rhiannon's point of view. Initially voicing her as hesitant and wary, narrator Kathleen McInerney slowly infuses the character with confidence and passion as she begins to reciprocate "A"'s feelings. In her portrayal of "A" in all his various embodiments, McInerney uses odd and over-the-top accents. These attempts at differentiation often reduce "A" to caricatures. Overall, though, McInerney succeeds in highlighting the dynamic nature of Rhiannon's character. E.M.C © AudioFile 2015, Portland, Maine [Published: DECEMBER 2015]