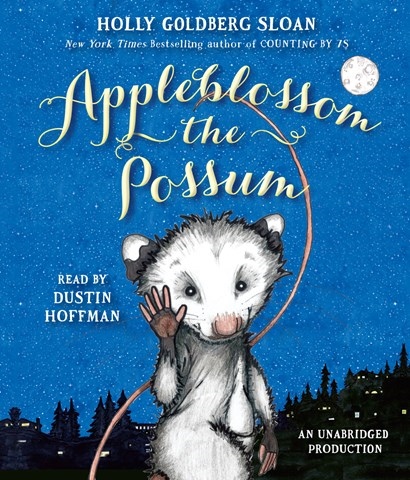 Dustin Hoffman brings whimsical energy to the charming adventure of a young possum called Appleblossom. Like Hoffman, Appleblossom and her siblings were born for the stage, spending their childhoods preparing for the high-stakes performances of their lives. Trading his naturally gravelly voice for a softer, squeakier version, Hoffman captures the innocence and curiosity of both the young possum and the human characters. Older characters from all over the animal kingdom also benefit from Hoffman's versatility and wide-ranging accents. But it's his engagement with the text that defines Hoffman's performance. He excels at highlighting the playfulness of Sloan's writing, matching his inflection and delivery to underscore the clever wordplay and well-timed punch lines. A.S. Winner of AudioFile Earphones Award, 2016 Audies Finalist © AudioFile 2015, Portland, Maine [Published: NOVEMBER 2015]