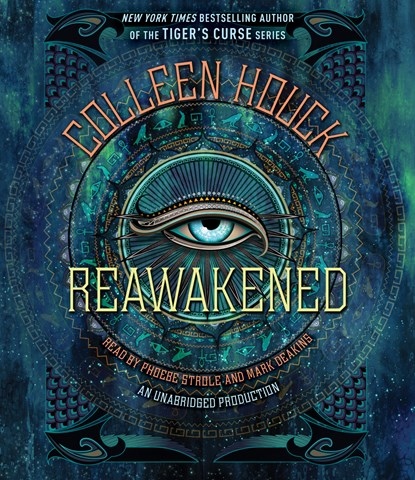 Two narrators link ancient Egypt and contemporary New York. When Lilliana Young visits the Metropolitan Museum of Art, she's not expecting to encounter an Egyptian prince named Amon, who has been reawakened from his mummified state. She has little choice in the matter, however, as he uses her life force for strength as he attempts to find his brothers and to complete an ancient ritual. With a youthful voice, Phoebe Strole makes Lily sound appropriately naïve and sarcastic, particularly in her delivery of Lily's snarky one-liners. However, she adds little to Prince Amon's stilted antiquated speech. Mark Deakins's sonorous narration of past events provides a satisfying contrast. This is an easy, if not a particularly dynamic, listen. E.M.C. © AudioFile 2015, Portland, Maine [Published: SEPTEMBER 2015]