Home»Reviews»THE DUST THAT FALLS FROM DREAMS 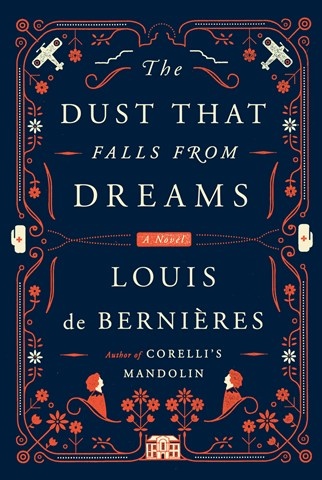 THE DUST THAT FALLS FROM DREAMS

With gentle refinement, narrators Avita Jay and David Sibley take alternating leads in this story of friends--the McCosh sisters and the Pendennis and Pitt brothers--whose lives and youthful loves are altered by war. The narrative primarily focuses on Rosie; her fiancé, Ashbridge; and their friend, Daniel, but more than a dozen characters share, if briefly, center stage. They include Scottish, English, and American characters of various classes, all equally well voiced. Jay's stately yet spirited McCosh sisters will bring LITTLE WOMEN strongly to mind. The WWI setting and the changing nature of class and women's roles that the characters experience will also remind listeners of "Downton Abbey." For those attracted by either comparison, this audio will be a welcome new exploration of that era. K.W. © AudioFile 2015, Portland, Maine [Published: DECEMBER 2015]