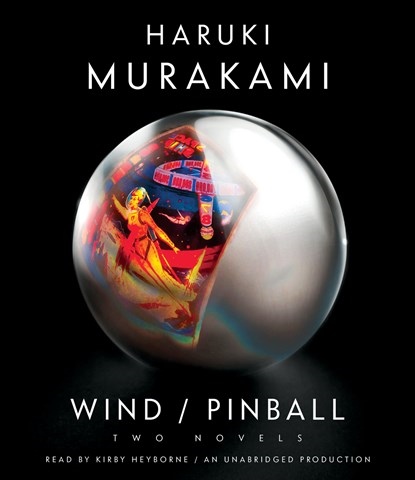 An existentially adrift man and his overly critical friend spend much of their free time at a bar, hunting conversationally for meaning. A woman overflowing with mistrust and resentment finds a reason to smile. WIND/PINBALL are Murakami’s earliest novels (novellas, actually), and longtime fans might notice this in their pacing or style, but Kirby Heyborne’s delivery skillfully smoothes out any rough edges. His performance of The Rat’s diatribes, fueled by doubt and cynicism, contrasts believably with the unnamed narrator’s search for what once existed. (Over time, he tells us, things become “irreparably different” from what they were.) As portrayed by Heyborne, Murakami’s trademark detached, introspective characters, familiar even in these early works, are brought expertly and memorably to life—with bankrupt regard for life’s tangles intact. N.J.B. © AudioFile 2015, Portland, Maine [Published: OCTOBER 2015]