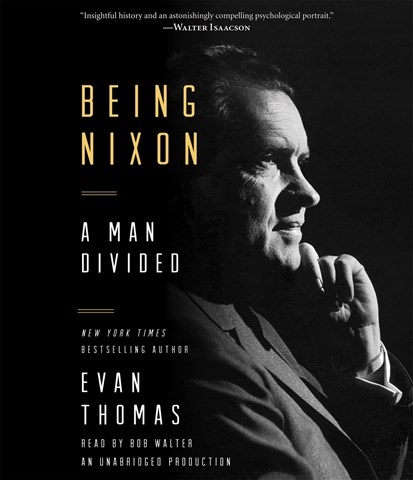 BEING NIXON A Man Divided

Narrator Bob Walter's baritone pitch and thoughtful inflections and pacing create a perfect match for this masterful biography, which asks the listener to take a long second look at the notorious Nixon.The author, a journalist for TIME and NEWSWEEK, provides a thorough, fascinating examination of Nixon's complicated life and persona. Great pains are taken to ensure more objectivity than is usually afforded this skillful, intellectually gifted, and flawed former president. Walter's performance is absolutely engrossing. History enthusiasts and any reasonably open listener will learn much, and will most likely be surprised--when the entire picture is considered--that they just might be willing to give Nixon some admiring respect. W.A.G. © AudioFile 2015, Portland, Maine [Published: NOVEMBER 2015]