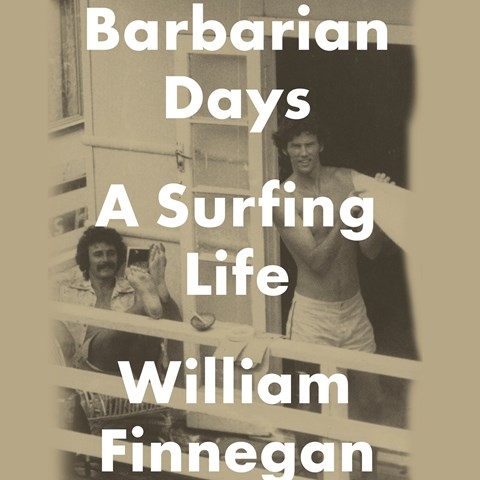 You might be thinking Beach Boys, but this audiobook is more Jane Goodall than Brian Wilson because it focuses not only on one surfer's experiences but also on his anthropological observations of a world seen through giant waves. It's a travelogue of the 1960s, an adventure story, social history, and a coming-of-age tale wrapped up in one. William Finnegan narrates his own adventures, and, like many authors who read their own audiobooks, he knows his material and presents it honestly and with heartfelt commitment. However, he doesn't have the vocal elasticity to make the audiobook memorable. His voice sounds flat, and he doesn't seem to be having fun with his own life story. The audiobook deserves a more professional effort. R.I.G. © AudioFile 2015, Portland, Maine [Published: OCTOBER 2015]