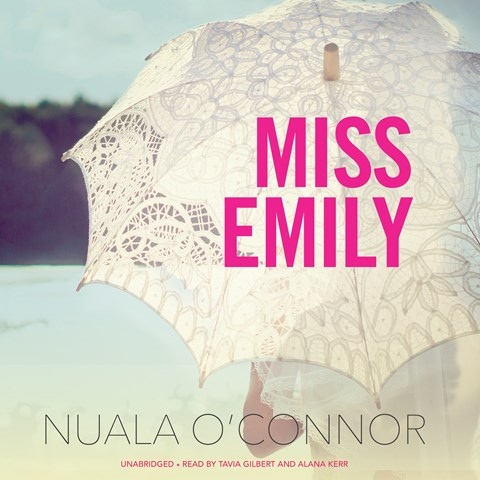 Although Emily Dickinson's poems make for wonderful reading, the story of her life is less than enthralling listening. Narrators Tavia Gilbert and Alana Kerr do an admirable job and are well cast, but O'Connor's story itself is slow. Because of Dickinson's homebound ways, the story remains necessarily very domestic, and without much character development, there simply isn't much for the listener to grab onto. Both Gilbert and Kerr animate their characters as best they can, but they're left without much to work with. Despite the good casting and narration, this is best skipped in favor of a volume of Dickinson's poetry. J.L.K. © AudioFile 2015, Portland, Maine [Published: SEPTEMBER 2015]