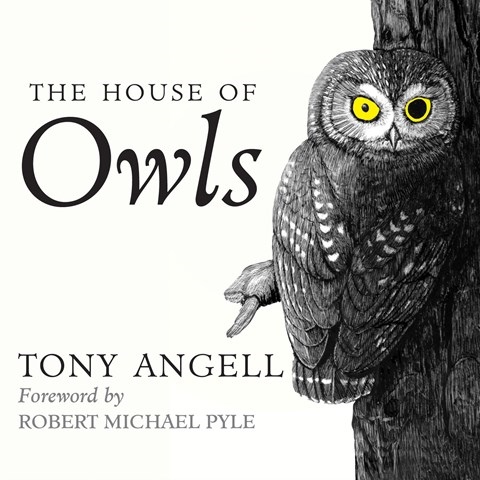 THE HOUSE OF OWLS

Tony Angell is best known for his sculptures and drawings of birds, but he also proves himself adept at painting word pictures in this survey of owl species. The work translates well to audio--and would do so even without the accompanying attachment of illustrations--although those images are a welcome addition. Tom Zingarelli's straightforward narration captures the tone of Angell's writing and his love of the species, especially in the warmhearted and very personal opening chapter. In the more clinical later chapters, Zingarelli keeps the text flowing much the way a good professor does during a college lecture. But the textbook nature of the later chapters is likely to engage only die-hard nature enthusiasts. R.C.G. © AudioFile 2015, Portland, Maine [Published: AUGUST 2015]