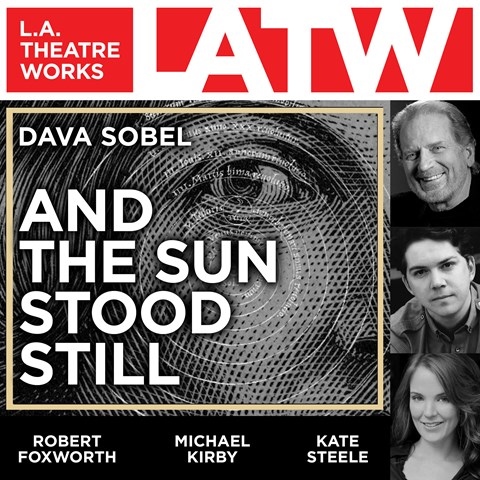 AND THE SUN STOOD STILL

A mathematical genius and astronomer who wrote in Latin and spoke six languages, Nicolaus Copernicus was a true Renaissance man. However, there was one thing he knew to be true that his faith would not allow him say: The earth orbits the sun. Portraying the Polish-Catholic Copernicus and the German-Lutheran Rheticus, a young astronomer sent to debate the old man, capable veteran Robert Foxworth and newcomer Michael Kirby have a fine time sparring over the mysterious details of gravity, the unfathomable distance to the stars, and whether Copernicus's scientific findings could possibly be part of God's plan. This enlightening and educational L.A. Theatre Works production is part of their Relativity Series, which encourages "science-themed" plays. B.P. © AudioFile 2015, Portland, Maine [Published: NOVEMBER 2015]