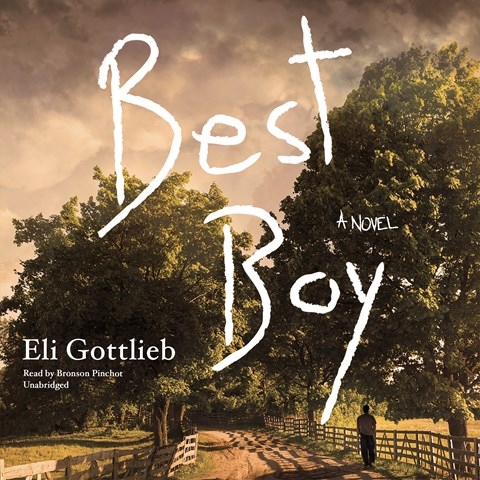 Todd Aaron has autism. Delivering the story from his point of view, Bronson Pinchot captures Todd's flat, heavily medicated affect as he talks about the Payton Living Center, where he's lived for 40 years, as well as his work with the lawn crew and with the cafeteria staff at a local high school. Pinchot draws listeners into Todd's perceptions as he reads the Encyclopaedia Britannica ("Mr. B") and plays on the computer ("Mr. C"). However, all is not peaceful at Payton. Pinchot keeps the mood tense as Todd's roommate goads him, hoping he'll lose control, and Pinchot delivers Todd's edginess when a new worker who reminds him of his abusive father is hired. The doctors, nurses, orderlies, and patients are given additional authenticity in Pinchot's intelligent performance. S.J.H. © AudioFile 2015, Portland, Maine [Published: SEPTEMBER 2015]