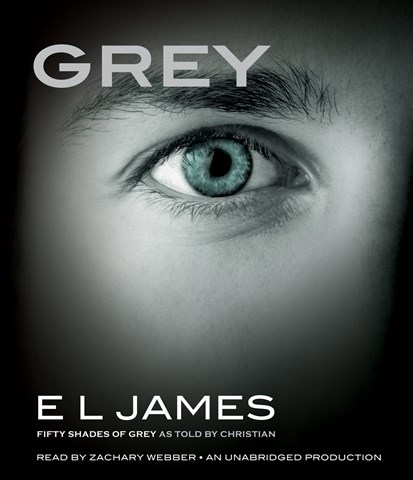 GREY Fifty Shades of Grey as Told by Christian

James's blockbuster earlier novel featured the explicit sexual awakening of Anastasia Steele, under the tutelage of the wealthy, compelling Christian Grey. This sequel tells the story from Christian's point of view. Narrator Zachary Webber has just the right voice to deliver scene after scene of hot sex. As the arrogant, self-assured captain of industry, Webber is perfect. His timing and pacing are spot-on, and his portrayal of Christian as an abused kid is heartrending. The ironic tone he gives the adult Christian works well as a counterpoint to his breathlessly innocent portrayal of Anna. While the email banter in both books borders on the pedantic, Webber manages to make it complement the narrative. Lovers of "50" won't be disappointed. M.C. Winner of AudioFile Earphones Award © AudioFile 2015, Portland, Maine [Published: SEPTEMBER 2015]