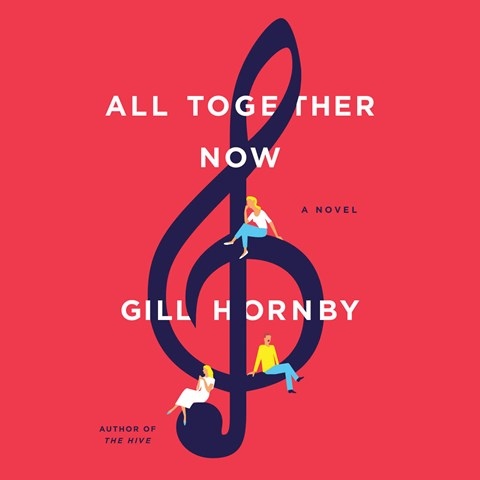 Listeners may find themselves smiling when they hear about a commuter who regards traffic updates as a "gateway drug" for annoying songs on the radio. Lucy Price Lewis's voice delights in the comic turns of phrase that lace the thoughts of Hornby's characters, who are the members of a community choir in a British commuter town. Both Lewis and Hornby excel at jumping from character to character--all of whom are distinct even they they have music on their minds a lot. Strong characterizations let serious moments effectively pop through the amusement. One such scene is when the choir members perform for a hospitalized comrade who is unable to respond. While the plot seems too pat at times, the strong writing and narration keep it entertaining. J.A.S. © AudioFile 2015, Portland, Maine [Published: OCTOBER 2015]