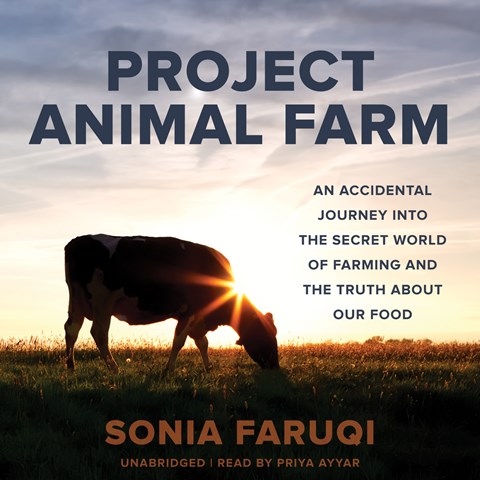 After a brief stint volunteering at an organic farm, investment banker Sonia Faruqi decides to delve more deeply into farming practices and the poor conditions in which farm animals are often raised. Priya Ayyar provides a youthful narration that is appropriate for the young and wide-eyed Faruqi as she plunges into an industry that is wholly unfamiliar to her. Ayyar narrates using various accents, such as Dutch and country Southern, for some of the farmers, though the farms Faruqi visits are not in the southern United States. All the same, these varied accents help to differentiate the farmers and the writer as she visits farms in the U.S., Canada, Mexico, Belize, Indonesia, and Malaysia, comparing their practices. S.E.G. © AudioFile 2015, Portland, Maine [Published: SEPTEMBER 2015]