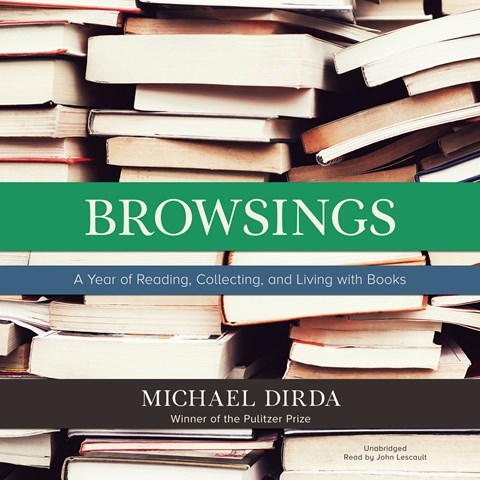 BROWSINGS A Year of Reading, Collecting, and Living with Books

Early in this audiobook, the author warns that the best way to enjoy it is to listen to only one or two of the essays at a time. He's not wrong. While narrator John Lescault has an amazingly pleasant voice and reads Dirda's words with a chuckle or a scowl, whichever is called for, the topics and tones of the essays vary so much that it can be difficult to maintain attention. Dirda writes about his favorite authors, the culture of book collectors, the nature of libraries, and almost everything else under the literary sun. Lescault sounds as though he's delighted and amused to be narrating such a variety of ideas, and his warm baritone is endlessly soothing. G.D. © AudioFile 2015, Portland, Maine [Published: DECEMBER 2015]