Home»Reviews»MIDNIGHT IN THE GARDEN OF GOOD AND EVIL 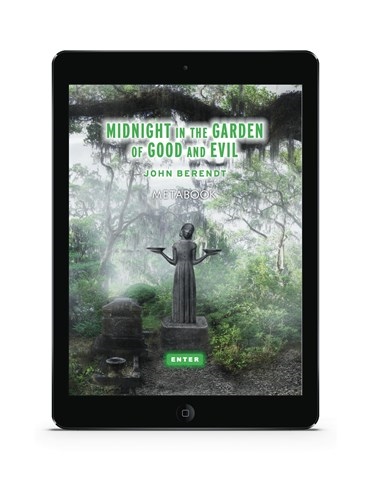 MIDNIGHT IN THE GARDEN OF GOOD AND EVIL

Antiques dealer Jim Williams stands trial for the 1981 murder of 21-year-old hustler Danny Hansford in the historic city of Savannah--but did he do it? This strange true story of an eccentric Southern gentleman reads like a locked-room mystery, complete with conflicting evidence and colorful characters who are either proud or deluded, or both. What the story gains in this full-cast medium cannot be overstated. The atmospheric extras--including an e-book version, interactive visuals, interviews, and more--all point fingers of intrigue toward the core of the production: the superb performances by Jonathan Davis, Robin Miles, Laverne Cox, and others. Davis plays straight man to a party of offbeat character interpretations, seamlessly weaving in and out of the story. Tone is a weapon all the narrators use for the purpose of delivering a unique, all-encompassing experience. J.L. Winner of AudioFile Earphones Award © AudioFile 2015, Portland, Maine [Published: AUGUST 2015]