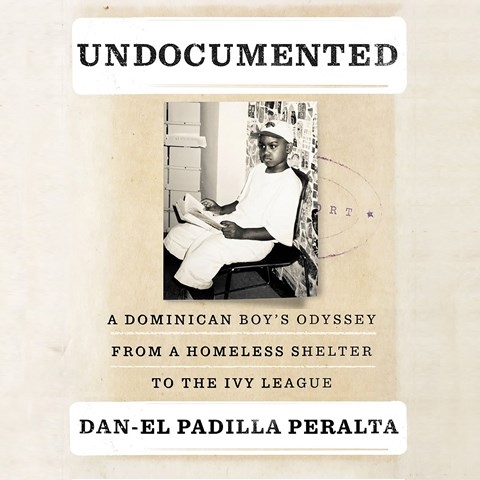 In this memoir, the author's life is more interesting than his narration. In his early years, Dan-el Padilla Peralta's unemployed mother struggles to care for him and his brother in the Dominican Republic. When he gets to the U.S., an interested teacher aids the inquisitive boy in gaining the advantages he deserves. As he ages, Peralta faces struggles with poverty and enticements by gangs, and his undocumented status threatens to thwart all his hard work and keep him from entering Princeton. Though Peralta occasionally delivers moving emotive scenes, too often his pronunciations lack crispness, and his rushed pace provides no sense of rhythm. Nonetheless, Peralta's struggles and eventual success will hold listeners' attention. S.W. © AudioFile 2016, Portland, Maine [Published: FEBRUARY 2016]