Home»Reviews»THE END OF ALL THINGS 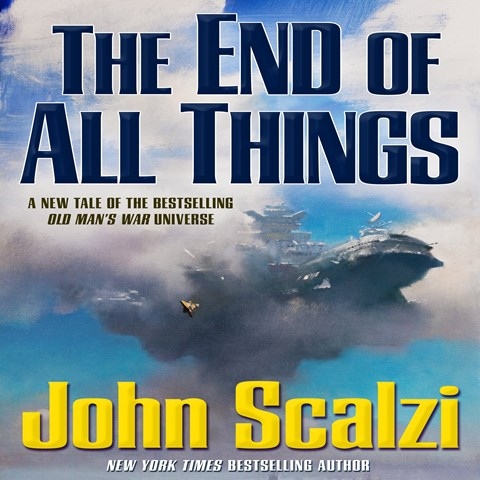 THE END OF ALL THINGS Old Man's War, Book 6

The many original concepts in this latest Old Man's War title put the audiobook far above much of the science fiction found in books and movies today. Tavia Gilbert and William Dufris are disarmingly genial as they trade off narrating chapters. Gilbert, in particular, manages to convey a bird-like alien perfectly in her section, and Dufris is fully believable even as a disembodied brain in control of a spaceship. The world of the future has the Earth in a cold war against its own colonists as well as aliens. The story is so compelling that many will find it impossible to stop listening. The best news is that, despite the title, this book doesn’t end the series. M.S. Winner of AudioFile Earphones Award © AudioFile 2015, Portland, Maine [Published: SEPTEMBER 2015]