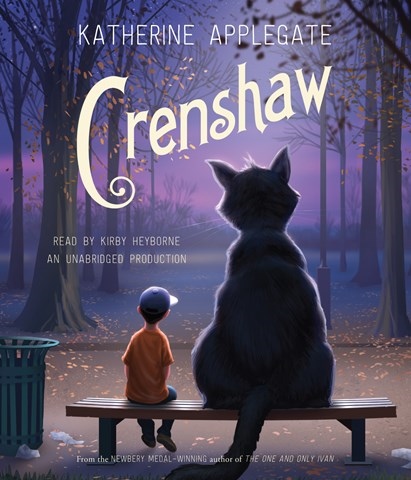 Kirby Heyborne's evenhanded narration fits first-person narrator Jackson, who describes himself as "not an imaginary friend kind of guy." Heyborne makes Jackson's bewilderment clear as the fourth-grader, who is bent on becoming a scientist, tries to puzzle out the reappearance of Crenshaw, an oversized imaginary cat who showed up three years before, when Jackson and his parents were homeless. Heyborne deftly portrays how Jackson's parents downplay their predicament and how Jackson tamps down his scary feelings as he tries to shield his sister from the realities of their lives. Heyborne gives the cat gentle tones that help to calm Jackson as he come to terms with his family's situation. Young listeners will be reassured by Heyborne's quiet delivery as they hear about a difficult topic. S.W. © AudioFile 2015, Portland, Maine [Published: SEPTEMBER 2015]