Home»Reviews»THE WIND IN THE REEDS 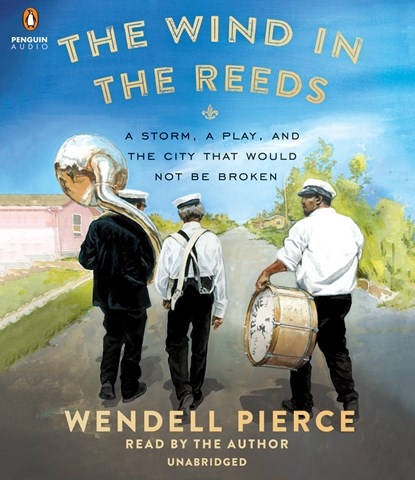 THE WIND IN THE REEDS A Storm, A Play, and the City That Would Not Be Broken

Wendell Pierce was in New Orleans visiting his parents as Hurricane Katrina bore down on the city. He stayed to help them recover their lives and to star in the TV show "Treme." Thus, his account of the staging of WAITING FOR GODOT in the Lower Ninth Ward and his work after the flooding becomes a small part of a larger, more personal story. His description of his parents' return to their Pontchartrain Park home, made toxic by Katrina, resonates deeply with his expression of their feelings. There's a hint of stage performance in his reading, a sense that it was meant to be read aloud. It succeeds by putting the Pierces' family bond at the center of the story of a city rebuilding. J.A.S. © AudioFile 2015, Portland, Maine [Published: OCTOBER 2015]