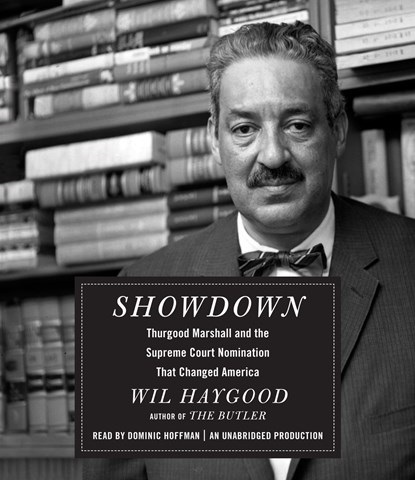 This book looks at the life and legacy of Supreme Court Justice Thurgood Marshall through the prism of his confirmation hearing, a politicized process that set the stage for future contentious hearings. Dominic Hoffman offers an effective and engaging narration. His voice carries the necessary gravitas, but he lightens the tone when needed, which keeps some of the Senate proceedings from becoming tedious. He alters his voice to indicate direct quotations. As Marshall, he is quite effective, and he does a fairly good job with Southern white senators. With others, notably Robert and Edward Kennedy, he has mixed success, but this is of little consequence to the overall effectiveness of the reading. R.C.G. Winner of AudioFile Earphones Award © AudioFile 2015, Portland, Maine [Published: SEPTEMBER 2015]