Home»Reviews»INNOCENCE; OR, MURDER ON STREEP STREET 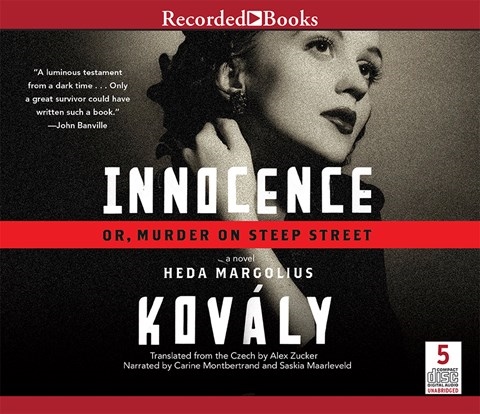 INNOCENCE; OR, MURDER ON STREEP STREET

In this richly atmospheric historical mystery set in 1950s Prague, Carine Montbertrand and Saskia Maarleveld give voice to the author's somewhat biographical story. The murder of a child introduces listeners to a group of female theater ushers who are struggling through the period of political terror. Almost everyone is suspected of spying on his or her neighbors for personal gain. The State hears everything--even if it's untrue. Montbertrand and Maarleveld produce a dark tone while also conveying the laissez-faire façades that the women don to conceal their secrets. Oddly, there is an inconsistency between the two narrators in the pronunciation of a significant supporting character's name, Helena's husband, Karel, which may create slight confusion for listeners when it first occurs. Overall, though, this is a crime story to savor. J.F. [Published: JANUARY 2016]