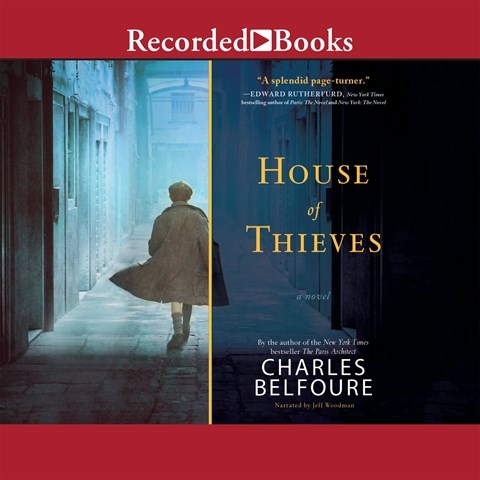 Narrator Jeff Woodman just gets better and better as this complicated story, set in New York City in 1886, unfolds. To avoid scandal in an emotionally repressive society, the respectable Cross family is forced to lead double lives. This brings them, separately, to the seamier side of Manhattan, which is run by murderous, thieving gangs. When George Cross racks up an enormous gambling debt to some dangerous criminals, his father, a luckless architect, is forced to arrange several robberies at the homes of wealthy friends to pay off his son's debts. Woodman portrays John Cross with blameless charm and a hint of the illicit thrill he gets in planning the heists. Woodman sounds coolly frightening as feared gang leader Kent, and he makes all the Cross women sound completely convincing. Woodman's top-notch performance makes this audiobook fun. S.J.H. © AudioFile 2015, Portland, Maine [Published: OCTOBER 2015]