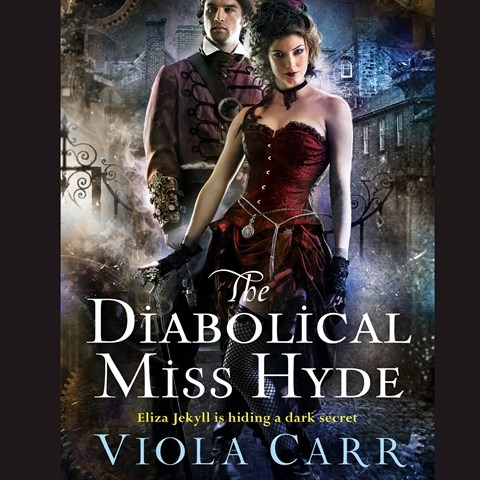 by Viola Carr | Read by Beverley A. Crick

Narrator Beverley Crick brings listeners into the heart of a beautiful and deadly steampunk London, the world of Eliza Jekyll. Eliza is no easy heroine to portray. Like her famous father, she has two souls--and Crick portrays them both with sympathy and electrifying tension. The archly clever Eliza puts her scientific genius and talent for gadgetry to work hunting a fiendish murderer called the Slicer, while the secretive Lizzie brims with unrelenting anger and hungers for scandalous adventures. Erstwhile hero Captain Remy intrudes into Eliza's investigation on behalf of the merciless government. Occasionally, Crick's delivery comes across as a bit forced, but, overall, the characters' relationships sound genuine, especially as they risk everything in a final showdown. B.E.K. © AudioFile 2015, Portland, Maine [Published: NOVEMBER 2015]