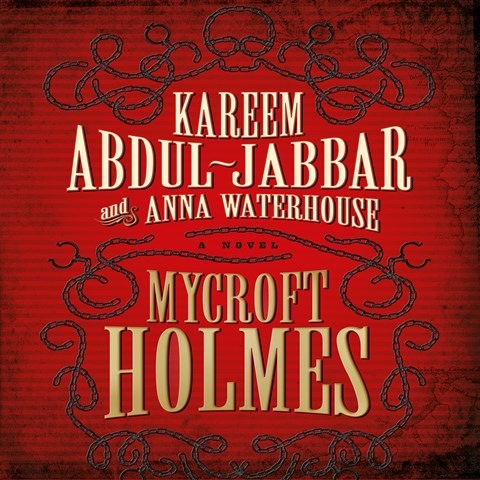 This is a story of Sherlock’s older brother, Mycroft, but that’s not all—it’s equally the story of Cyrus Douglas, a black tobacconist from Trinidad, and Holmes’s best friend. Narrator Damian Lynch is a master of voices. He’s sublime as the 23-year-old Holmes, with a proper British accent befitting the well-educated but inexperienced civil servant. Lynch is also superb as Douglas, giving him a deep, lilting island accent. As Holmes and Douglas set sail to uncover evil goings-on in Trinidad, Lynch’s narration exemplifies the book’s contemporary writing style, forward-thinking characters, and action-packed scenes. Holmes fans will appreciate Mycroft’s uncanny intelligence and the references to his brother. Lynch captures every voice and accent perfectly, making this an exceptional audio experience. M.M.G. Winner of AudioFile Earphones Award © AudioFile 2015, Portland, Maine [Published: NOVEMBER 2015]