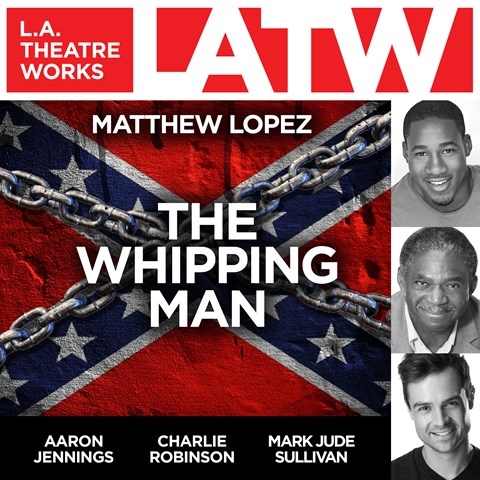 The Civil War is finally over. A Confederate soldier returns to Richmond only to find his family’s mansion bullet ridden and just two of the house’s former slaves accounted for. A marvelous duo of newcomers, Mark J. Sullivan and Aaron Jennings, and television veteran Charlie Robinson (“Hart of Dixie”) give their all to this award-winning drama as they connect with the themes in the script—loss, anger, violence, hope, and the search for reinvention. The soldier happens to be Jewish. The time happens to be Passover. But can the story of the faith and deliverance of a shackled people be shared across a racial divide? This L.A. Theatre Works performance offers the sounds of an uncompromising, passionate theatrical experience. B.P. Winner of AudioFile Earphones Award © AudioFile 2016, Portland, Maine [Published: JANUARY 2016]