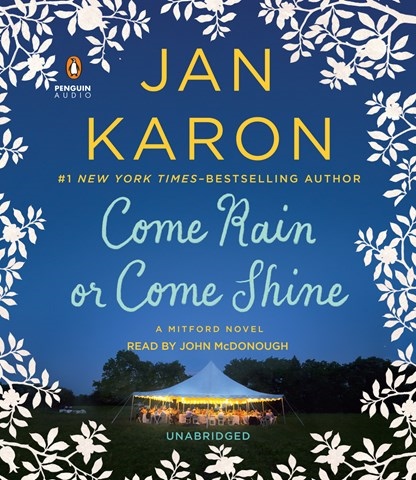 Fans of the Mitford series have been waiting for the book in which Lace and Dooley finally tie the knot. Narrator John McDonough's wonderful sonorous voice is easy on the ears, and the voice he gives Willy is unique and fitting for the comic relief this character brings to the story. However, Willy is the only character who has an easily identified voice. The rest of the numerous characters, male and female, sound pretty much the same. That, along with several story threads and the use of pronouns instead of character names when dialogue begins, may leave some listeners who are unfamiliar with the Mitford community lost as they try to keep everyone and their connections straight. N.E.M. © AudioFile 2015, Portland, Maine [Published: OCTOBER 2015]