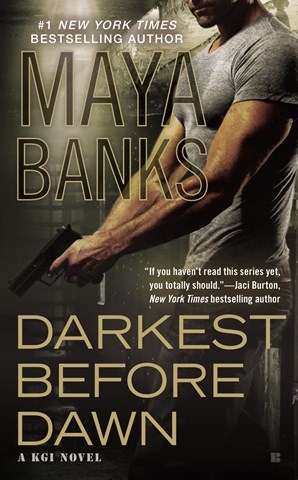 Relief worker Honor Cambridge survives a Middle East terrorist attack only to find herself subsequently being used as leverage by Guy Hancock’s paramilitary group, Titan. Narrator Tad Branson plays up the chemistry between Honor and Guy, first in their antagonistic dialogue and later in their romantic encounters. Branson’s rolling vocals slide over Banks’s phrases, deliciously stretching out the tense moments of Honor’s rescue and recapture. Branson fills the male voices of Titan’s team members with ruthless machismo and contrasts Hancock’s arrogance with Honor’s earnest optimism. Reining in the story’s anger and violence, Branson delivers it with controlled strength. Even though listeners may question Hancock’s ethical dilemma, Branson maintains the lovers’ balance between trust and betrayal. C.A. Winner of AudioFile Earphones Award © AudioFile 2015, Portland, Maine [Published: DECEMBER 2015]