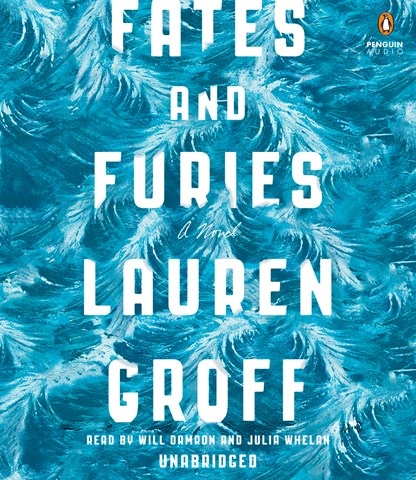 by Lauren Groff | Read by Will Damron, Julia Whelan

Lauren Groff's gripping new novel is told in two parts, his and hers, which makes it perfect for a dual narration. With one reservation (the same for both narrators, interestingly), the performances are superb. The book examines a long, passionate marriage. First Will Damron performs the story according to Lancelot, known as Lotto, an actor turned playwright whom the fates have blessed in many ways. Julia Whelan delivers Mathilde's version, which stuns with all that Lotto never knew or guessed about his wife, so polished on the outside, so gripped by furies within. Damron gets a small but key character's Anglo-Indian accent deeply wrong, and Whelan falters with a Scottish one, but these flaws stand out mostly because the rest of what they do is so gloriously good. B.G. © AudioFile 2015, Portland, Maine [Published: OCTOBER 2015]