Home»Reviews»THE GIRL IN THE SPIDER'S WEB 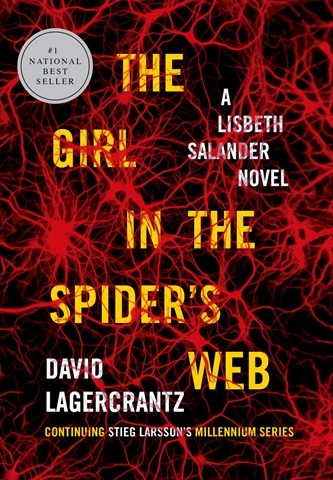 THE GIRL IN THE SPIDER'S WEB A Lisbeth Salander Novel - Millennium Series, Book 4

It's a good thing the plot of this audiobook is so compelling because characters, streets, and cities with unpronounceable 18-letter names are a bit tough to remember. British narrator Simon Vance makes the thriller enjoyable, helping English-speaking listeners get through the tongue-twisting Swedish place names. He also adds personality to the characters in this sequel to THE GIRL WITH THE DRAGON TATTOO, which helps listeners keep the large cast straight. Once again, genius computer hacker Lisbeth Salander and old-school reporter Mikael Blomkvist team up--this time to rescue an autistic young boy who may be the key to solving the murder of his father. M.S. © AudioFile 2015, Portland, Maine [Published: OCTOBER 2015]