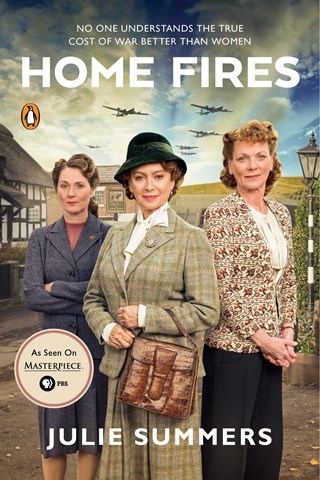 The crisp, no-nonsense voice of Juliet Mills couldn’t be more perfect for recounting what British country women were doing on the homefront during WWII. It’s all very “keep calm and carry on” (in the literal sense), demonstrating how women just got on with it. The Women’s Institute organized women in knitting, mending, and canning activities, as well as hosting city children and even singing their way to victory over Hitler. Diary entries, letters, and institute records illustrate the nonpolitical, cross-class, and educational objectives of the Institute. Mills captures every emotion—from fear in the shelters when bombs are being dropped to the joy of a son coming home safely. She will also make listeners smile with her darkly comic tone when a small Women’s Institute is criticized for the poor quality of its jam, which doesn’t set and has wasps in it. A.B. Winner of AudioFile Earphones Award © AudioFile 2016, Portland, Maine [Published: APRIL 2016]