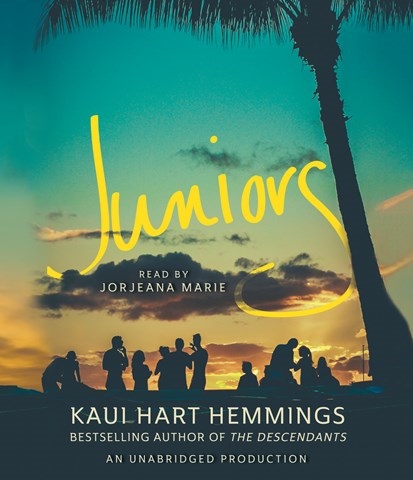 Lea, who is part Hawaiian, has moved back to Oahu and is attending an exclusive private school, which her single mother couldn't afford without financial help. As a guidance counselor leads her junior class in an exercise about "getting real," narrator Jorjeana Marie expresses Lea's contradictory feelings. She longs to belong but is scornful of the superficiality around her. Marie ramps-up Lea's sensitivity and hypercritical responses when her mother moves the two of them into a friend's opulent guest house. There Lea finds she's both attracted to and disgusted by her classmate, Whitney, and Whitney's handsome older brother. Maire's voicings of Hawaii's lush beauty buoy listeners as Lea digs through layers of pretension, prejudice, and secrets to find authenticity in herself and others. S.W. © AudioFile 2015, Portland, Maine [Published: SEPTEMBER 2015]