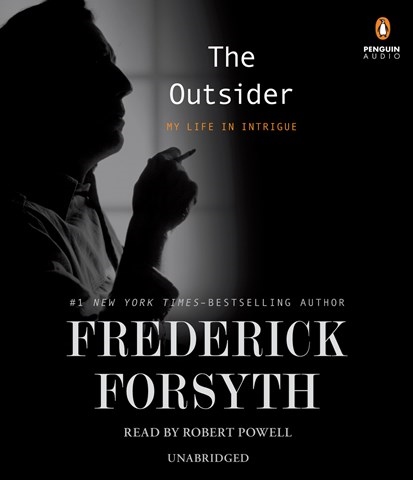 THE OUTSIDER My Life in Intrigue

Robert Powell narrates crime novelist Frederick Forsyth's memoir with the insouciance and flair of James Bond--which is perfect for a real-life story that reads as if it were written by Ian Fleming. Forsyth is the author of umpteen bestsellers, including THE DAY OF THE JACKAL and THE ODESSA FILE. He's also an adventurer who learned three languages, flew airplanes, enjoyed brothels, and trained to fight bulls, all before turning 18. Then it was onto a career in foreign service and journalism, including a stint dodging Russian spies in East Berlin. With Powell's even, upbeat pacing and wry, good-humored tone, the escapades are always entertaining and often fascinating. And when they're self-serving--well, that's okay--because between them, Powell and Forsyth offer much delight. A.C.S. © AudioFile 2015, Portland, Maine [Published: OCTOBER 2015]