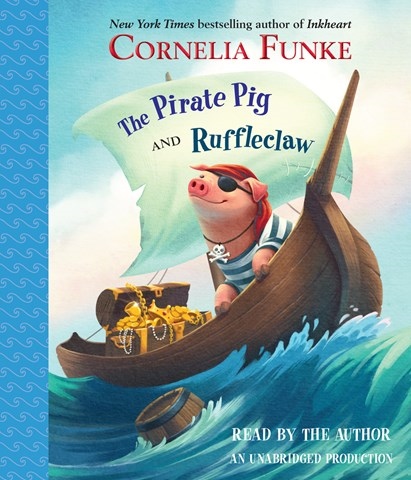 Cornelia Funke's lively narration captures the adventurous spirit of cargo hauler Stout Sam and his deckhand, Pip, who find a pig who can sniff out treasure from under the sea. Funke conveys the delight and surprise that Julie, the pirate pig, brings to Sam and Pip, who treat her as family. When their sudden increase in riches draws the unwelcome attention of an evil pirate named Barracuda Bill, Funke's delivery takes on an alarming and dangerous tone, especially during Pip's hair-raising rescue of Julie. Although Funke's voice for one of the pirates is rather shrill, Barracuda Bill himself and our seaworthy trio of heroes are cast well and will keep young listeners chuckling. M.F.T. © AudioFile 2016, Portland, Maine [Published: JANUARY 2016]