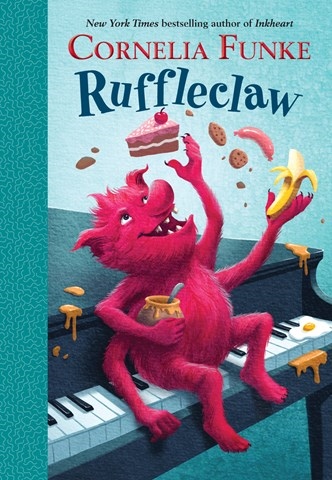 Cornelia Funke’s passion for children’s fantasy shines in this audiobook filled with wondrous and otherworldly charm. Ruffleclaw, an earth monster, decides to move in with a human family. He befriends the boy, Tommy, first. Funke provides a raspy, endearing voice for Ruffleclaw’s colorful exclamations—just two examples: “totally creepy-crawladocious!” when he listens to jingly music and “mouse poop!” when he’s lectured for drinking all the shampoo. Ruffleclaw’s first encounter with Tommy’s mother is a hoot, with her frantic shrieks and Ruffleclaw’s growling and hissing monster threats. Ruffleclaw’s hilarious play date with monster friends Shaggystink and Wormtooth, who come to visit, will have children laughing out loud. M.F.T. © AudioFile 2016, Portland, Maine [Published: JANUARY 2016]