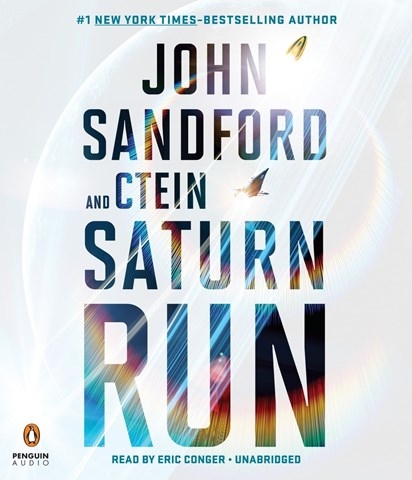 It's impossible for one man to operate two spacecraft at the same time, but narrator Eric Conger makes an admirable attempt to do so in this space thriller. In 2066, a chance telescope sighting by a Caltech intern reveals a spaceship visiting Saturn. An American brain trust of scientists and bureaucrats decides that the aliens have advanced technology, which will give whichever country captures it a huge advantage, so the politicians order a secret mission to Saturn. The Chinese soon find out about both the mission and the prize, and the space race is on. Conger masterfully employs accents and pacing to create memorable characters on both ships, whether American or Chinese, male or female. It's a suspenseful journey, and Conger makes listeners happy to be along for the ride. D.E.M. © AudioFile 2016, Portland, Maine [Published: MARCH 2016]