Home»Reviews»A STRANGENESS IN MY MIND 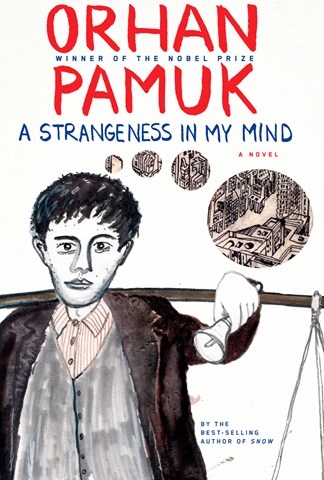 A STRANGENESS IN MY MIND

Pamuk's newest novel is as much an homage to his beloved Istanbul and its slow metamorphosis into a modern city as it is the story of Mevult, a street vendor who struggles with understanding himself. Narrator John Lee's performance is seasoned with a delicate touch of melancholy as Mevult contemplates his family, fate, and God while wandering the city's neighborhoods selling boza (an alcoholic drink). Lee easily guides listeners past two of the challenges of this audiobook—its nonlinear structure and variety of perspectives—keeping confusion at bay. Most impressive is how Lee's pacing reflects the rhythms of the city and Mevult's life, from the quiet foundations of tradition to the bustle of the twenty-first century. Among the highlights is Lee's impeccable rendition of the boza seller's call. C.B.L. Winner of AudioFile Earphones Award © AudioFile 2015, Portland, Maine [Published: DECEMBER 2015]