Home»Reviews»THOMAS JEFFERSON AND THE TRIPOLI PIRATES 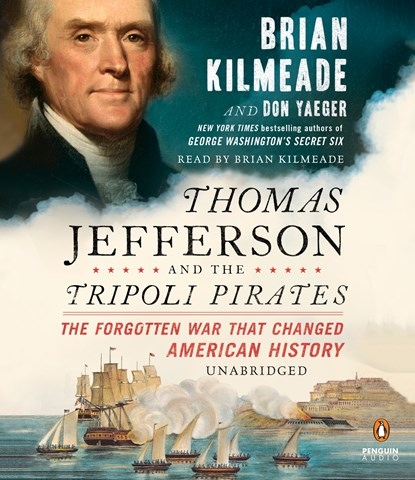 Here's an audiobook that has all of the elements of a page-turning thriller: death threats against American citizens on the high seas, pirates, government intrigue, religious-based dictatorships, slavery, and shifting international alliances. It sounds contemporary, but this is real history from our nation's past, and it's a story that all Americans should know about. Author Brian Kilmeade narrates his own work. He reads too fast, pauses mainly when he runs out of breath, and blows through periods with abandon. Don't let this deter you from this book, though. Kilmeade has energy and an everyman appeal, and he certainly has intimate knowledge of the text. Lower your expectations a bit, but do listen to this fascinating tale. R.I.G. © AudioFile 2016, Portland, Maine [Published: FEBRUARY 2016]