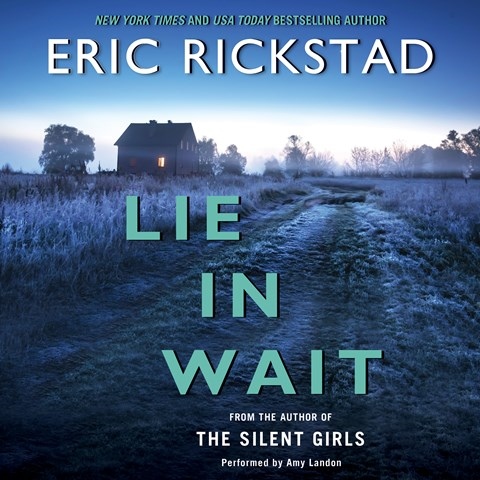 The brutal murder of a teenage girl while babysitting for attorney John Merryfield in Canaan, Vermont, ignites fear and suspicion throughout the remote town. Narrator Amy Landon uses subtle tonal shifts to convey the rising tension between novice investigator Detective Sonja Test and lead investigator Detective North from the Vermont State Police. Landon powerfully characterizes the town's prejudices and the simmering anger caused by Merryfield's legal representation of a gay couple and the legalization of gay marriage. Landon captures an array of characters as tempers flare over Detective Test's belief that the girl's murder and Merryfield's high-profile court case are connected. Landon delivers an engaging mystery of secrets and lies that lead to a completely surprising ending. G.D.W. © AudioFile 2016, Portland, Maine [Published: MARCH 2016]