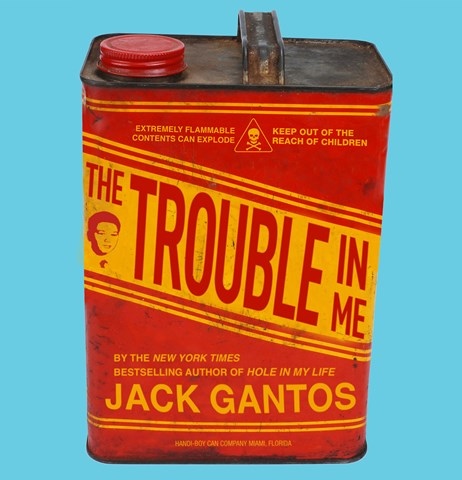 THE TROUBLE IN ME

Jack Gantos has always been an incomparable narrator of his own work. His voice is so comical, wry, and enthusiastic that he demands the listener's attention even when the plot is headed toward crazy in a hurry. THE TROUBLE IN ME is an autobiographical novel of the author as a 14-year-old with an intense desire to be someone other than himself. The older Gary Pagoda next door, fresh from "juvie," is just the ticket, so Jack slots himself into Gary's plans, which are full of lies, pyromania, and animal cruelty. As usual, Gantos's performance is sardonic and amusing, but there's also a hint of self-loathing for his teenage self that is distinctly uncomfortable to hear; there is so much more to Jack's downward slide than just the trouble within. A.B. © AudioFile 2015, Portland, Maine [Published: SEPTEMBER 2015]