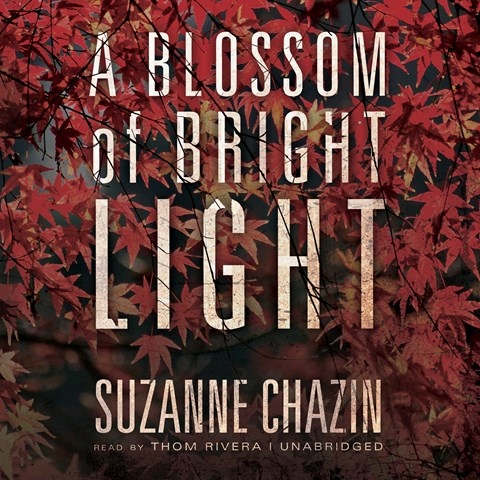 Thom Rivera is cast perfectly to narrate this police procedural, set in the Hispanic immigrant community of Lake Holly, New York. The body of a newborn is found in the woods behind the community center, and NYPD homicide cop Jimmy Vega is trying to track down the mother. Soon, his own daughter becomes implicated in the case. Rivera sensitively voices the interplay between Vega, who was raised in the Bronx, and his girlfriend, Adele, a lawyer and advocate for undocumented immigrants. The listener will soon identify the "villain," but that's ok because Chazin's book is more a study of vulnerability than a whodunit. The suspense lies in whether Vega can find answers before further tragedy ensues. The listening is compelling. C.A.T. © AudioFile 2016, Portland, Maine [Published: JANUARY 2016]