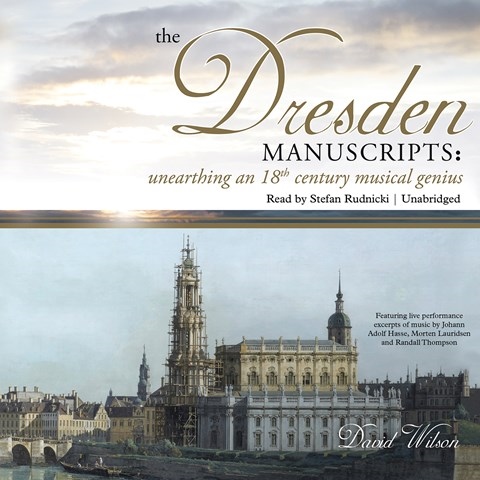 Wilson's story of his resuscitation of a mostly forgotten eighteenth- century composer, Johann Hasse, varies between being engaging and tedious. It's further hampered by some surprisingly poor writing, but Stefan Rudnicki's able and professional performance helps to keep the listener engaged. His deep and craggy yet flexible and expressive voice is naturally appealing, and his skill is evident in excellent pacing, generally careful attention to nuances of the text, and an ability to convey feelings by voice alone. The narration is punctuated or occasionally backed by brief musical quotes, a welcome audio-only enhancement that could have been used more. As sometimes happens, the production is superior to the book, especially due to Rudnicki's talents, which will help carry listeners past the flaws and trivialities in the text. W.M. © AudioFile 2015, Portland, Maine [Published: DECEMBER 2015]