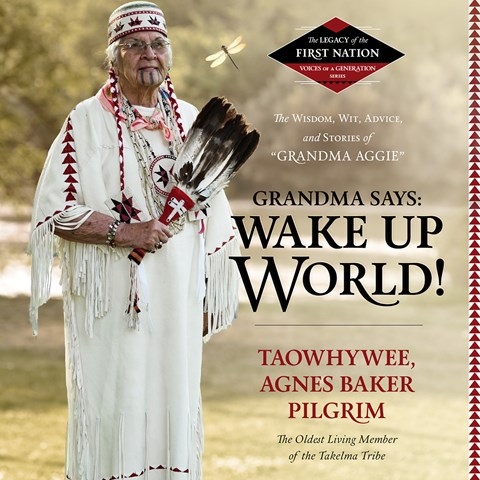 This audiobook is a series of recordings by the oldest living member of the Takelma tribe of Oregon, known as "Grandma Aggie." Grandma Aggie tells the story of her life authentically and organically--in genuine storytelling fashion--not reading from a script or book. As she talks about her life, she conveys her positive attitude and gratitude. She offers advice on how to live well, voices her opinions on drugs and violence, and shows her determination to protect the environment. Sometimes she rambles and repeats herself, but that's part of the charm and authenticity of these recordings. One feels as if Grandma Aggie, an elder of the First Nation, is giving us stories that are vital to our future. M.M.G. © AudioFile 2016, Portland, Maine [Published: FEBRUARY 2016]