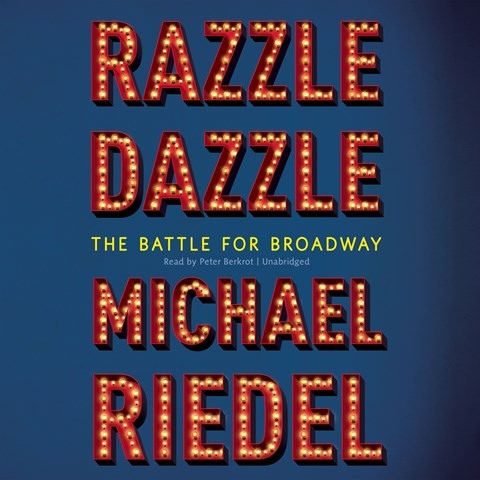 RAZZLE DAZZLE The Battle for Broadway

The author starts off with a story about “ice”—ticket corruption for sold-out shows—from the 1960s. Even as dishonesty takes center stage, Peter Berkrot's narration hits home Riedel’s love of Broadway. Berkrot's friendly, yet somehow conspiratorial, tone gives listeners a front-row seat as Riedel tells stories of transitions, shifting tastes, and new generations, spotlighting successful shows like PIPPIN, A CHORUS LINE, and CATS, as well as a few notable failures. He also leaves room for anecdotal stories about such topics as Richard Burton's nervous return to Broadway in EQUUS. While most of the stories are entertaining, there's also sadness, particularly as Riedel describes how the AIDS epidemic devastated the theater community of New York. J.A.S. © AudioFile 2016, Portland, Maine [Published: JANUARY 2016]