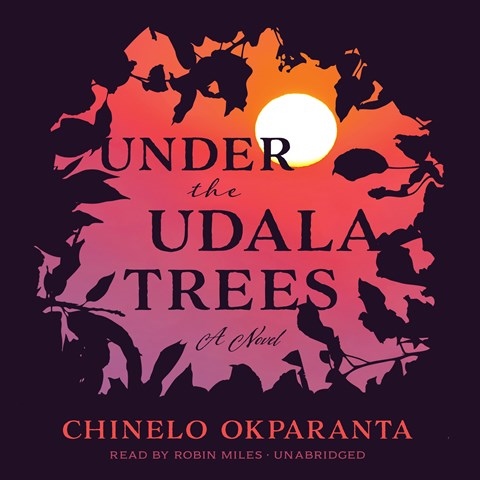 UNDER THE UDALA TREES

Okparanta's beautiful romance gives voice to the extremely marginalized--even beaten, stoned, and burned alive--LGBTQ population of Nigeria. Robin Miles's narration transports listeners to Ijeoma's youthful experiences in the civil war in Biafra, which resulted in her father's death during an air raid and a foster care/servant situation in which she discovers love with a young woman. Miles does an excellent job with the nuances of emotion, especially the scolding petulance of Ijeoma's mother and Ijeoma's own bewilderment and growing tenacity as she discovers herself. Equally vivid are the horrific experiences of raids upon private clubs and the grim sadness of an unhappy marriage, all voiced with clarity and subtle accents. Even though this is a story written with a strong social message, Miles puts the characters and story center stage. D.P.D. © AudioFile 2016, Portland, Maine [Published: APRIL 2016]