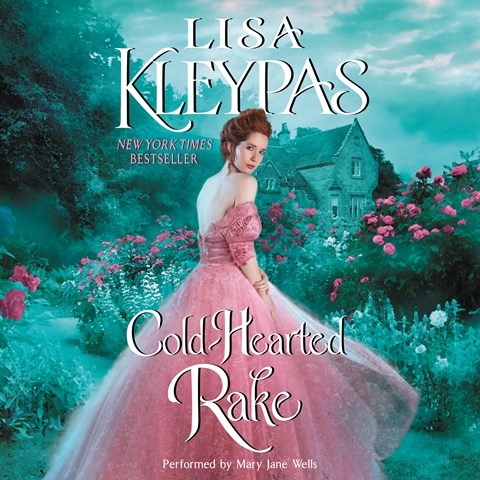 Narrator Mary Jane Wells's rich voice immediately draws the listener into the author’s long awaited return to historical romance, set in England in the 1800s. Devon Ravenel never anticipated inheriting an earldom. But with the death of his cousin, he becomes the earl, which means he now has responsibility for a debt-ridden estate and his cousin's three marriageable sisters. Also in residence is his cousin's widow of three days, Kathleen, Lady Trenear. Wells evocatively depicts the passion that arises between Devon and Kathleen and elicits laughs with the mischief that Devon's cousins manage to get into. Listeners will be cheering for Devon as he attempts to rebuild the estate. This is a perfect blend of narrator and story. S.B. © AudioFile 2015, Portland, Maine [Published: NOVEMBER 2015]